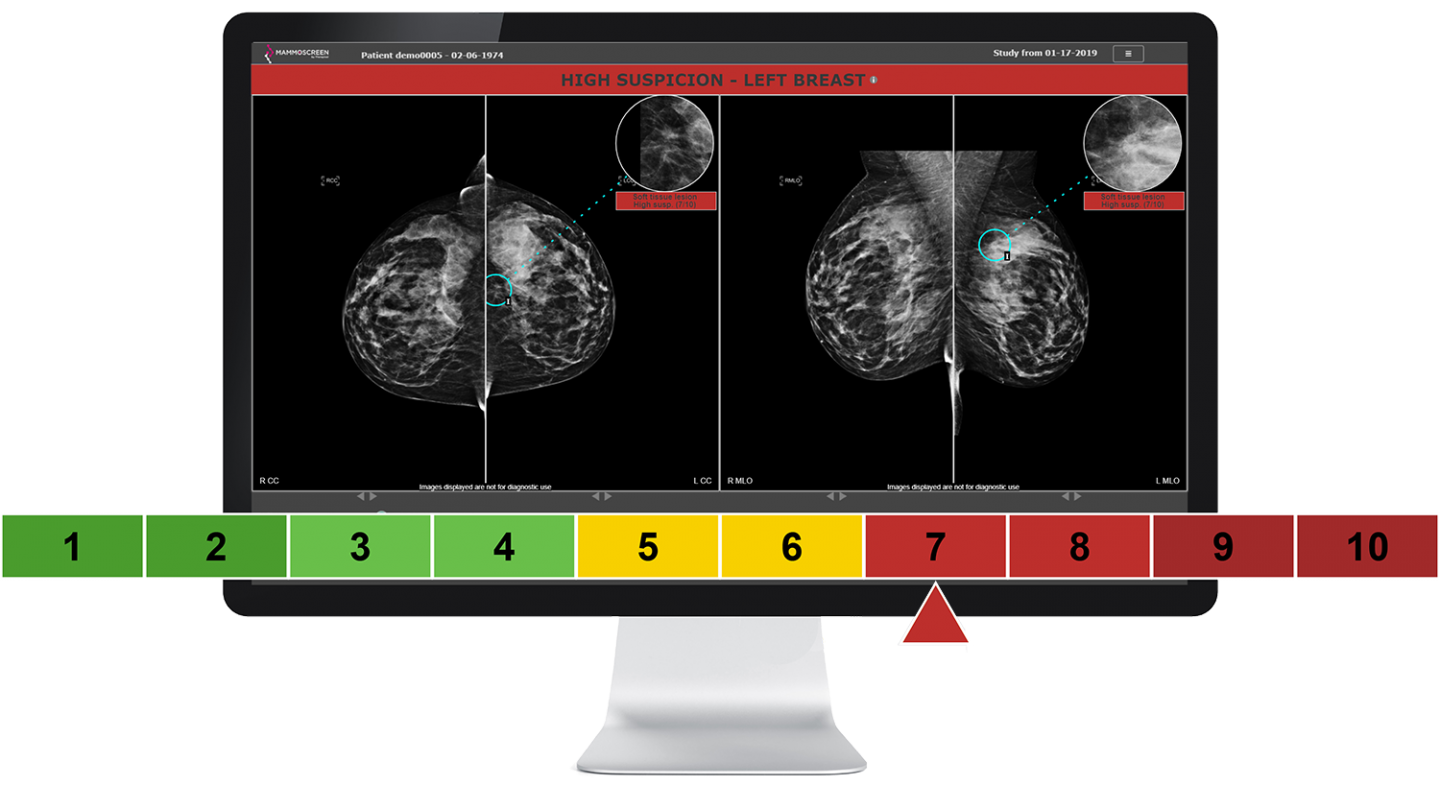 Therapixel announced on Jan. 12 that MammoScreen™ has obtained the CE mark. After having received FDA clearance for commercial sales in the United States in March 2020, this AI solution is now available in the European market.

MammoScreen™ automatically analyzes screening mammograms and indicates suspicious mammograms and lesions to the radiologist. According to the probability of malignancy and the degree of confidence of the algorithm, the software assigns a unique "MammoScreen Score™" ranging from 1 to 10.

A clinical study conducted in 2019 and published in Radiology: AI, showed that radiologists assisted by MammoScreen™ have a better performance than without the software.

Already installed in 14 hospitals and radiology practices in France for clinical evaluations, MammoScreen™ has generated a lot of enthusiasm among radiologists. Physicians perceive it as an intuitive and easy-to-use tool that helps reassure themselves in the interpretation and avoid missing cancers.

Breast cancer is one of the most common and deadliest cancers in women worldwide, affecting 1 in 8 women in their lifetime. The earlier this disease is diagnosed, the more effective the treatment is.

"We are proud to have received the CE Mark. This brings us a step closer to our goal of reducing breast cancer burden worldwide by improving breast cancer screening," said Pierre Fillard, Therapixel's Founder and Chief Scientific Officer.

"I am confident that MammoScreen™ will not only increase radiologists' performance but will also improve the patient experience by reassuring women faster," stated Matthieu Leclerc-Chalvet, CEO of Therapixel.