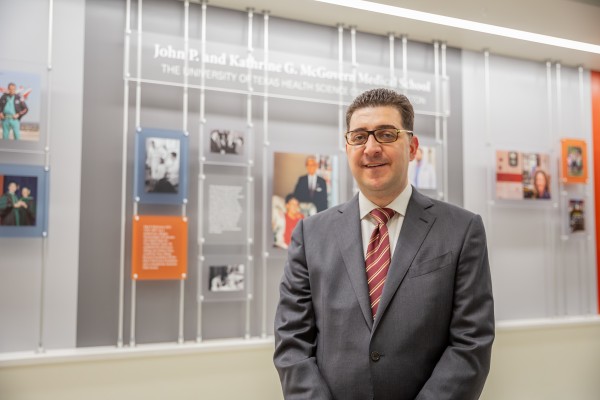 Both simple and advanced computed tomography (CT) were effective in accurately predicting which stroke patients would benefit from endovascular thrombectomy to remove a large cerebral clot, but together they were even better, reported researchers at The University of Texas Health Science Center at Houston (UTHealth).

Results of the multicenter study, Optimizing Patient Selection for Endovascular Treatment in Acute Ischemic Stroke (SELECT), were published in the Jan. 21  Early View edition of the Annals of Neurology.

Stroke is the leading cause of long-term disability and fourth-leading cause of death in the world. An ischemic stroke, caused by a blockage of an artery, is the most common form. Endovascular thrombectomy can be performed to remove a clot lodged in a blood vessel with a mechanical device threaded through an artery. It has been shown to be an effective treatment for improving clinical outcomes in stroke up to 24 hours from onset.

“Endovascular thrombectomy has revolutionized the treatment for acute stroke patients presenting with large vessel occlusion. Different imaging techniques are used to identify patients who may benefit from this treatment. However, how these imaging profiles correlate with each other and with the stroke outcomes is unknown,” said lead author Amrou Sarraj, MD, (pictured above) a member of the UTHealth Institute for Stroke and Cerebrovascular Disease and associate professor of neurology at McGovern Medical School at UTHealth.

Imaging must be done to determine the location of the clot and whether the patient is a good candidate for thrombectomy, meaning they have a smaller area of brain tissue death. Physicians use non-contrast simple CT and/or CT with an injected contrast dye (CT perfusion) to view the clot and surrounding area of cellular death. While simple CT is readily available at most hospitals, CT perfusion tends to be only available at more advanced stroke centers.

Of the 361 patients enrolled, a significant proportion of patients had favorable imaging results on both the CT and CT perfusion, meaning they were candidates for endovascular thrombectomy. Those patients also had significantly higher odds of receiving endovascular therapy and higher 90-day functional independence rates after recovery (58%).

Even when the two imaging modalities disagreed, the functional and safety outcomes were reasonable (38% achieved functional independence), which was better than the patients who did not receive thrombectomy. Patients with an unfavorable result on CT perfusion imaging, but favorable on simple CT, had higher rates of symptomatic hemorrhage in the brain tissue and death after stroke. Patients with unfavorable imaging profiles on both modalities had very poor outcomes.

The ongoing international Phase III randomized controlled trial, SELECT2, also led by Sarraj, will assess the efficacy and safety of thrombectomy procedure in patients with unfavorable profile on one or both imaging modalities. The SELECT trials are funded by grants from Stryker Neurovascular.