Over the past several years, most private practices throughout the United States have witnessed income erosion from a number of factors. The Centers for Medicare & Medicaid Services (CMS) has significantly reduced reimbursement for computed tomography (CT) and magnetic resonance (MR) with Multiple Procedure Payment Reductions (MPPR) on both the technical and professional components. As recently as January 2014, new CMS payment policies based on changes in an increased percent equipment usage assumption and lowered estimates on scan times resulted in steep cuts to CT and MR. In addition, the 2014 procedure codes for breast biopsies, which bundled imaging with the procedure, have caused a reduction in reimbursement in many cases, ranging up to a 30% decline in overall reimbursements. And more of this “bundling” is forecast for the future.

The private payers have been just as busy as CMS in targeting reimbursement for the private practice. One of Central Florida’s major payers “extended and enhanced” its relationship with a radiology benefits manager. Through this arrangement, all imaging, not just advanced imaging, would be processed and paid through the benefits manager. The result to us at Sand Lake Imaging as well as all imaging centers throughout the Central Florida region: reduced reimbursement and additional reductions through Contiguous Body Part payment policies. To make matters worse, this same company, two years later, citing the “competitive trend for your market” unilaterally further reduced reimbursement again. The opportunities for renegotiating contracts in favor of the private practice have become few and far between. Moreover, the ability to offset per exam reimbursement reductions with increasing volume is an economic strategy doomed to failure. With the introduction of the Affordable Care Act, increasing emphasis on the value that radiologists bring to maintain health and accurately diagnosing medical conditions trumps the increasing utilization of radiology technology.

In the face of declining reimbursement, all imaging centers must focus on streamlining and automating as many functions as possible. The standardization of payment and denial codes has allowed most practices to post payments and rejections with little or no human involvement. Through electronic transactions, claims are filed, payment remittances received, and cash deposited. The overall goal should be to ensure that days in accounts receivable are low and denial trends are identified immediately. We have adopted the above strategies and have realized a scenario where overhead expenses are certainly reduced with automation, but this alone does not offset the overall impact of CMS and private payer per exam reimbursement reduction. Many private practices, including Sand Lake Imaging, need to find further avenues for maximizing their reimbursements.

The tool that has become invaluable to us is the payer reimbursement module. This software processes all of those electronic remittance advices and compares the allowables to the practice’s contracted rates. It can also determine the accuracy of certain payer payment policies, such as the MPPR or Contiguous Body Part. Just as quickly as the computer posts payments and denials to patient accounts, it identifies incorrectly paid claims and presents them to employees skilled at appealing such errors. The goal is to identify and resolve payment errors quickly, thereby, minimizing the financial impact to the private practice.

There are a myriad of different types of problems, which we at Sand Lake Imaging have encountered and successfully resolved utilizing the payer reimbursement module. Mentioned earlier was the transition of one of SLI’s major payers to a benefits manager. After the change occurred, the first-remittance advice was analyzed by the module. All mammography codes were allowed at $0.00 with a message indicating that this modality was not covered in the current contract! Any private practice that offers the high-volume mammography modality realizes the impact of this error. The payer’s network manager was contacted, the problem was resolved, and the claims were sent for reprocessing in a matter of hours.

Payers often engage in “routine maintenance” of a provider’s contract, and there is usually no advance notification. Sand Lake Imaging’s payer reimbursement module identified two unintended consequences of routine maintenance. The first case resulted in SLI’s contract defaulting to the “market rate schedule.” Those in the industry will immediately understand the ramifications of such an error. The “market rate schedule” is typically very low and in this case, the reimbursement was made at 85% of Medicare, well below the rates in SLI’s contract.

The second “routine maintenance” case involved a payer deciding to base global reimbursements on Medicare’s NON-OPPS Non- Facility rates. The change was implemented with no prior notification to our company. As a result of this change, the payer reimbursement module identified overpaid claims. During a follow-up conversation with the payer’s network manager, it was determined that the effective date of this change was 3 months prior to when SLI identified it. The payer acknowledged that an incorrect effective date was loaded into their system. As a result of this discovery, our practice’s claims for the previous 3 months were reprocessed for additional payment. There is a good chance that this error would have gone undetected by the payer.

These examples illustrate that there is value in validating your payments and that the great majority of private practices, like Sand Lake Imaging, can maximize their income with the utilization of a payer reimbursement module. While congress had helped mitigate further erosion of payment by delaying ICD-10 until 2015, we all must remain vigilant and proactive by assuring our financial stability through payment validation. 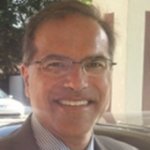