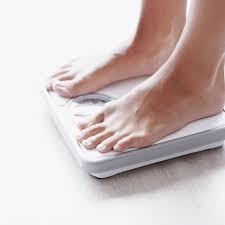 A new UCLA study shows partially overlapping patterns of brain function in people with anorexia nervosa and those with body dysmorphic disorder, a related psychiatric condition characterized by misperception that particular physical characteristics are defective.

The study, published in the peer-reviewed journal Brain Imaging and Behavior, found that abnormalities in brain function are related to severity of symptoms in both disorders, and may be useful in developing new treatment methods.

The results reinforce the understanding that eating disorders and body dysmorphic disorder are more than simply choosing to eat or not eat or not liking how you look. “These are brain abnormalities, and how we treat those brain abnormalities could be with psychotherapy, or psychiatric medications, but brain changes need to happen in order to address these disorders,” says Dr. Wesley Kerr, neurology resident and biostatistics researcher at UCLA.

For the study, the researchers recruited 64 female participants: 20 with anorexia nervosa, 23 with body dysmorphic disorder, and 21 healthy controls. Patients with anorexia nervosa have a distorted body image and an intense fear of gaining weight, leading them to eat very little. Body dysmorphic disorder (BDD) is characterized by obsessions with a particular body part or a perceived flaw rather than with weight.

Functional MRI is a brain imaging technique that detects the blood flow within the brain, allowing researchers to see which parts of the brain are active while a person is doing various tasks. It can also be used to understand what brain regions’ activities are in sync with each other; that is, “connected.”

Each of the women performed a “matching” task while inside the MRI scanner. On the top of the screen, the person would see an image of a body, and would have to choose the matching body from two images shown on the bottom of the screen.

What the researchers saw indicated that while the brains of patients with anorexia nervosa and those with BDD abnormally process images with high, low, or normal levels of detail, the abnormalities for low level of detail, that is “low spatial frequency” images, have the most direct relationships to symptom severity and body perception. The results may help researchers understand the underlying neurobiology that leads to the characteristic body image distortions in both cases.

“This gives us a clearer picture of neurological basis for what is one disorder, what is the other, and what characteristics they share,” said Dr. Jamie Feusner, senior author and professor of psychiatry and biobehavioral sciences at the Jane and Terry Semel Institute for Neuroscience and Human Behavior at UCLA.

A next step for the research will be to see whether, with existing psychotherapy and medication treatments, the brain activity in patients begins to normalize, or else changes in a different way to compensate for underlying abnormalities.